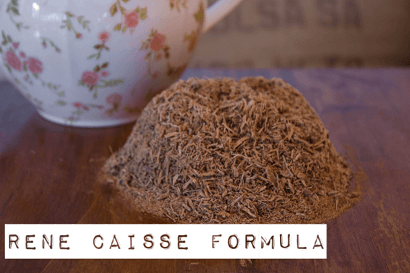 Our essiac is prepared the exact same way that Rene Caisse found to work best in her research at the Brusch Medical Research Center from 1959 through 1967.

At around the 22:00 minute mark of this video, you will see the Doctor who developed this formula. His name is Dr. Charles Brusch and he passed the formula along to us.

If You'd Like to Read the History Instead, Here It is!

According to many herbalists "essiac" is comprised of four herbs: Sheep Sorrel,  Burdock Root, Slippery Elm Bark, and Turkish Rhubarb Root. The recipe is not trademarked and almost every health food store carries it. However, this four-herb formula is just a smaller version of the eight-herb formula originally received and gradually refined by Canadian nurse Rene Caisse.

The story of essiac is depicted in the Rene Caisse documentary video shown above. This story began decades ago when Caisse heard about an herbal recipe from an elderly patient who was in an Ontario hospital where she was the head nurse. The recipe contained eight herbs and was given to the woman years before by an Ojibway medicine man. He had offered his help because he knew the woman was suffering from breast cancer. The patient recovered from her cancer and remained cancer free for the next 30 years. In 1922 she gave Rene the recipe after Rene expressed her interest in attempting to help others who had cancer by administering this herbal formula. 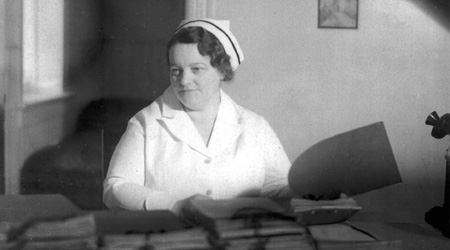 Rene Caisse is credited with being the first person to bring essiac to the mainstream. She used the tea on patients with breast cancer in the beginning.

Rene Caisse used this original eight herb essiac recipe two years later on her aunt, who was terminally ill with stomach and liver cancer at the time. She eventually started calling it "eight-herb essiac" (essiac is derived from Rene's last name - essiac is "caisse" spelled backwards). Her aunt recovered and lived another 21 years, passing away simply of old age. Rene and her aunt's doctor began experimenting with the herbal tea and began research using mice. The doctor, Dr. R.O. Fisher, initiated use of essiac with his terminally ill patients, and some improved greatly.

Rene and the doctor began to modify the formula as they proceeded with their research. They injected one herb (sheep sorrel) and administered the other herbs orally (the Ojibway medicine man and his people never injected it; they had simply prepared tea, but Rene had decided to conduct formal research on her formula in hopes that she could improve the tea's efficacy). During the research, it was discovered that only one herb could be injected - and it had to be into the muscle. This was a painful procedure, and many, due to their emaciated state, had hardly any muscles left in order for the injections to be feasible.

Nonetheless, this partial-injection method was used for some years and there were some successes that were documented in stories about this formula. However, there were failures too, as many sufferers were so ill that they had little time left. In others, the disease had damaged vital organs beyond repair. 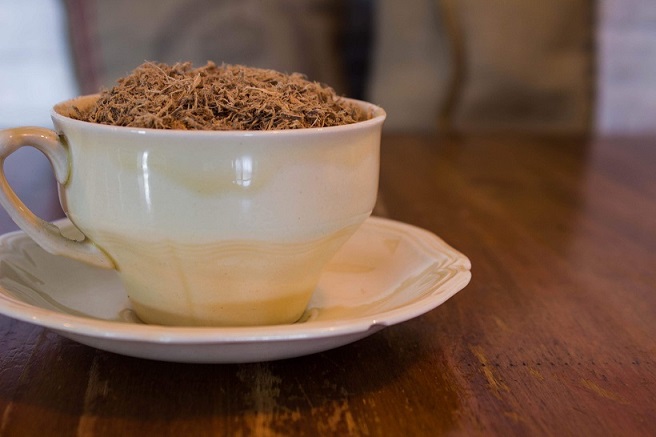 Like most things in life, the essiac formula was improved and enhanced over time until the one that performed best was pinpointed.

The eight herb essiac formula was varied slightly over the years from the original essiac that the woman received from the Ojibway medicine man in 1892. These changes happened as part of a natural testing process whereby patients were monitored and their results observed. In 1959, Rene Caisse went to the Brusch Medical Clinic in Cambridge, Mass. to join Dr. Charles Armao Brusch, MD. She became partners with Dr. Brusch with the intent of forming the "Rene Caisse Cancer Research Foundation," a charitable foundation which would have the purpose of utilizing this treatment for cancer in humans. Rene was provided rooms for her use at the clinic and all her expenses were taken care of. Rene and Charles Brusch remained partners, co-developers and co-owners until her death in 1978 at the age of 91.

Dr. Brusch, President Kennedy's physician, had developed an interest in other natural forms of healing years ago. His objective always prioritizing the "well-being" of the patient at all costs, which made him a pioneer of sorts. He had set up the first acupuncture clinic that existed to collect research data, and this clinic was operating in his medical clinic when Rene Caisse arrived in 1959. He was the first doctor in the Western hemisphere to initiate a plan similar to Medicare within his clinic to aid those without money in receiving medical help. He was extremely interested in herbs and their power to heal, which he learned from a long-time friend, a master herbalist based out of Missouri.

The objective at Dr. Brusch's clinic was to prove the merits of this simple, non-toxic herbal formula called eight herb essiac. The formula had been used with great success on so many terminally ill patients - but Dr. Brusch wanted to do even better. Rene Caisse and Dr. Brusch began their research on the eight-herb essiac using oral treatment only. No other medication was used and the herbs were given on an empty stomach. In the hope of identifying the active ingredient, they experimented with variations of solutions to be injected, each vial containing a different herb. This failed to isolate one single herb as being the difference-maker, proving that effective results are obtained synergistically though the unique combination of the eight essiac herbs combined in the correct proportions.

Consequently, Rene Caisse and Dr. Brusch clarified that using the eight-herb essiac formula administered in an oral fashion was indeed the best choice.

For more in-depth information, be sure to check out the Rene Caisse Documentary shown above.

If you see another Rene Caisse Documentary that you think we would like, please contact us to let us know. 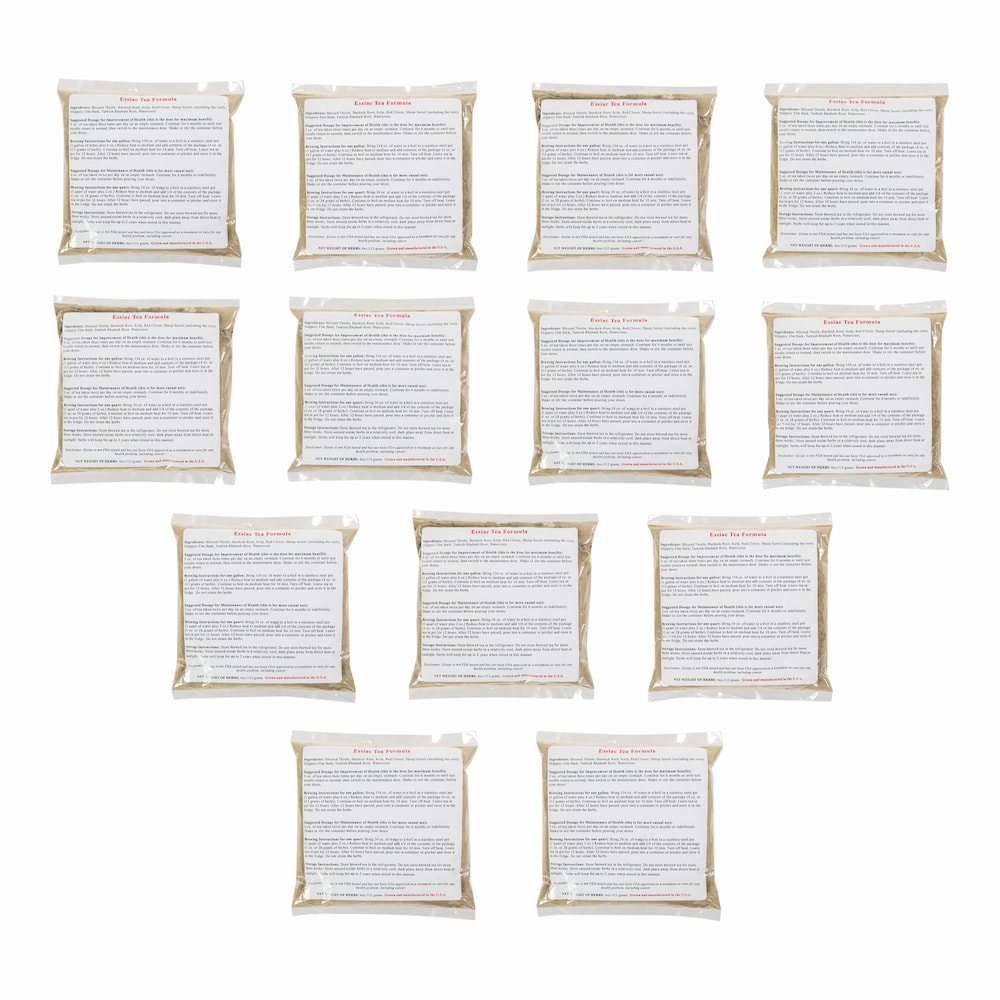 Here is our most popular order size: The six month supply of essiac in convenient packets

Want to be sure you don't miss out on coupons?

sign up for our newsletter. You'll also RECEIVE A FREE GUIDE on HOW ESSIAC CAME TO BE AS WELL AS WHAT TO EXPECT WHILE using essiac 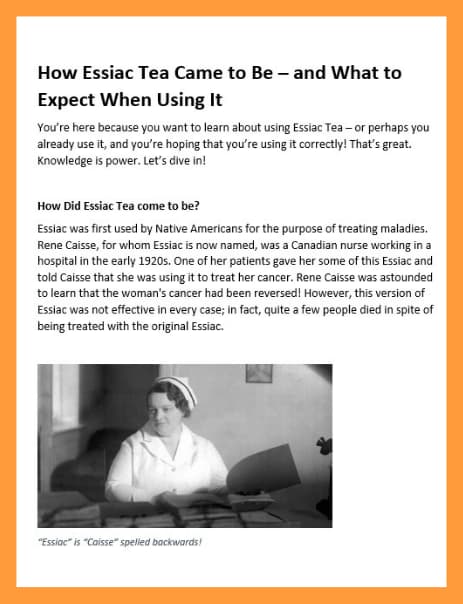 We always respect your privacy by never sharing emails. We only send about 4 issues a year, so no worries about us flooding your inbox!

Want to be sure you don't miss out on coupons?

sign up for our newsletter. You'll also RECEIVE A FREE GUIDE on HOW ESSIAC CAME TO BE AS WELL AS WHAT TO EXPECT WHILE using essiac

We always respect your privacy by never sharing emails. We only send about 4 issues a year, so no worries about us flooding your inbox!